Brothers Grimm Seeds was founded in 1996, when arrangements were made though Canadian seed reseller Heaven’s Stairway to distribute cannabis strains created by MrSoul and partner Sly. Known for selectively backcrossing, cubing and inbreeding some of the rarest of cannabis genetics on earth, Brothers Grimm became known for uncompromising quality & for producing genetic stability, high potency, short flowering times, heavy resin production, and intensely tropical terpenes. In 2002, the company abruptly closed due to security concerns. For many years after our seeds were no longer available, growers either jealously guarded their favorite clone mothers or shared them with their friends to keep them alive. Some breeders famously used our Cinderella & Apollo to create new hybrids as well as breeding filial generations as far out as F5.

MrSoul waited more than a decade to retrieve the precious clones and seeds he’d stashed safely away. In 2015, he met Duke Diamond and together they developed a concrete plan to resurrect Brothers Grimm in Colorado. The combination of these two breeders’ abilities, along with a deep reservoir of unique cannabis cultivars, is the foundation of our company.

Brothers Grimm are famous for creating high THC strains that produce consistently outstanding results. The creation of Cinderella 99, through a multi-generation breeding program, distinguished us long ago as breeders who take the time to do things right.

After a dozen years on the sidelines, we can’t help but observe that today’s seed market is flooded with poly-hybrid crosses, seemingly created with no logical, deliberate goal or breeding plan. Such seeds produce plants of many different phenotypes – like lottery numbers.

By contrast, Brothers Grimm only cross a male and female after having thought of all the reasons WHY we want to do so. We design our seed lines to produce consistent plants that all share the qualities we selected for in the breeding program that created it.

We are able to take this approach because our breeding stock is a rare collection of landrace and other stable cultivars, each representing unique genetics. Using this gene pool, we painstakingly choose and combine males and females in a deliberate program to create hybrid seeds which produce plants consistently displaying the desired characteristics. There’s very little variation; our clients don’t have to hunt through several different phenotypes hoping to find a good one.

So which characteristics do we select for, when breeding our hybrids? The goal in each breeding program will vary somewhat of course, but the general list of traits we are known for include: 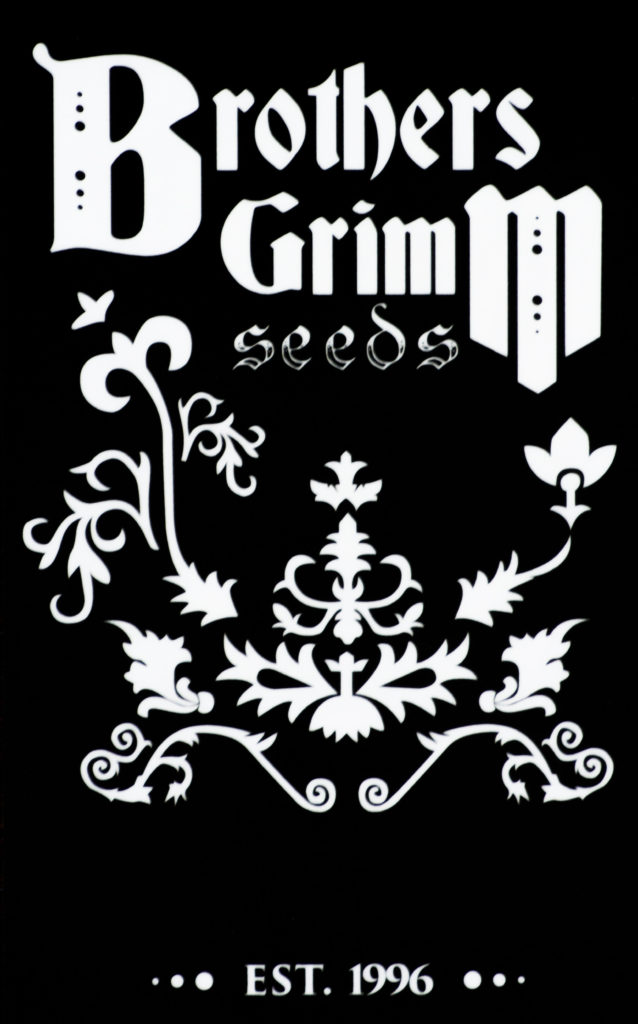